Speech by the Minister of Foreign Affairs of the Republic of Uzbekistan Vladimir Norov at the EU-Central Asia Connectivity Conference: Global Gateway for Sustainable Development

Anasayfa » DÜNYA » Speech by the Minister of Foreign Affairs of the Republic of Uzbekistan Vladimir Norov at the EU-Central Asia Connectivity Conference: Global Gateway for Sustainable Development 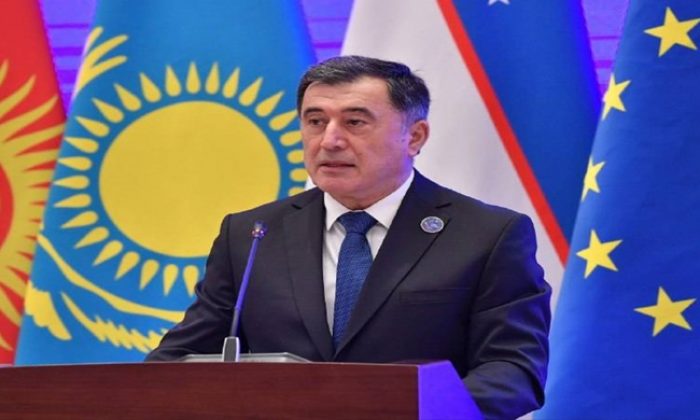 Speech by the Minister of Foreign Affairs of the Republic of Uzbekistan Vladimir Norov at the EU-Central Asia Connectivity Conference: Global Gateway for Sustainable Development

It gives me great pleasure to welcome you to the first European Union – Central Asia Сonnectivity Conference: Global Gateway for Sustainable Development.

It is deeply symbolic that the forum takes place in the historical center of the Great Silk Road – the city of Samarkand, which since ancient times has been one of the key political, trade, economic, scientific and cultural centers of the world, playing the role of a platform for interregional interaction.

As the President of Uzbekistan Shavkat Mirziyoyev noted, our goal is to give this dialogue a practical nature and fill it with concrete initiatives and projects.

The issues on the development of cooperation in transport, digitalization, energy, water resources and environment included in the agenda of the conference meet the priorities of the Development Strategies of the Central Asian states and the European Union’s Global Gateway Strategy.

Since ancient times, the Central Asian region has attracted the attention of the peoples of the West and East, connecting the states of Europe with Asia.

Relations between Central Asia and Europe have played a very important role in the development of our societies for many centuries.

Trade flourishing along the Silk Road and close contacts between the civilizations of the West and the East had a profound impact on the formation of the entire world culture and global economy.

Today, the world is facing a deep crisis of confidence at the global level, the intensification of numerous challenges to stability and security, and the growth of geopolitical confrontation.

I am convinced that the strengthening of historically friendly ties between the countries of Central Asia and the European Union will have a positive impact on the current political and economic situation in the wide region of Eurasia.

In this regard, we welcome the decision of the G7 Foreign Ministers in Münster on 3 November this year to actively work with our region on socio-economic development, human rights, implementation of internal and institutional reforms, regional security, connectivity and trade relations.

It is important to use all available opportunities to deepen trade ties between the countries of Central Asia and the European Union.

For example, the status of the GSP+ scheme beneficiary allows Uzbek exporters to deliver 6,200 types of goods to the European market on a duty-free basis.

Since the beginning of this year, our exports have almost doubled, and our trade turnover has grown by 15% (more than 3 billion euros).

To create an effective mechanism for expanding mutual trade and investment cooperation, the states of Central Asia, having no direct access to seaports, experience significant transit and transport costs up to 60-70% of the export value.

Due to the nonperfect customs procedures, carriers lose up to 40% of the time to transport products.

In this regard, we welcome the efforts of the European Union to connect the Trans-European Transport Network (TEN-T) with a strategic corridor to Central Asia and strengthen the connectivity of Eurasia along the directions of East-West and North-South.

We count on the assistance of the European side in promoting the strategically large-scale project for the construction of the Termez – Mazari-Sharif – Kabul – Peshawar railway.

We believe that the connection of the Uzbekistan – Kyrgyzstan – China railway under construction with the Trans-Caspian Multimodal Route will create a single transport network between Europe and Asia.

We propose to hold a special meeting in the European Union-Central Asia format on the harmonization of customs procedures, the adoption of through tariffs and the creation of an integrated digital network along the Trans-Caspian Route.

To solve these strategic tasks, the President of Uzbekistan at the first European Union-Central Asia Summit proposed to establish an Economic Cooperation Committee at the level of Deputy Prime Ministers.

By supporting the investments of European companies in the development of civil aviation infrastructure, we are ready to provide our hubs for the transit of goods and passengers to Asia.

Within the framework of the European Union’s Global Gateway Strategy, we propose to jointly develop a long-term strategic program for the development of transport and communication connectivity of our regions.

The issues of cooperation in green development, the introduction of eco-innovations, resource-saving technologies, smart agriculture and digitalization are updated every day.

All the necessary conditions for IT business have been created in the successfully functioning Tashkent Technological Park of Software Products and Information Technologies.

In recent years, the volume of exports of this sector has increased by 75 times, and in the near future the goal is to increase the industry’s performance to 500 million dollars.

Implementing the One Million Programmers Program, we are in favor of joint development of young specialists’ qualification within the framework of various European Union educational programs.

With the support of the countries of the region, we are ready to work with European partners on the deployment of digital networks, including underwater and surface fiber-optic cables, space secure communication systems and cloud data infrastructures.

I am sure that the project planned by the European Union for laying a broadband connection line “Black Sea Fiber-Optic Cable System” between Bulgaria and Georgia to Central Asia will help to strengthen cooperation in this sphere.

We propose to develop joint investment programs for the development of data infrastructure: data centers and Internet traffic exchange points as part of the European Union’s Digital Europe Program.

Taking into account the negative consequences of climate change in our region, we call for the adoption of measures to accelerate the transition to green economy, the introduction of renewable energy sources and the rational use of water resources.

Based on our Renewable Energy Development Programme, we are reducing greenhouse gas emissions with the framework of the Paris Agreement.

We are grateful to the European Union for supporting the initiative of the President of Uzbekistan “Yashil Makon” (“Green Space”) to plant 1 billion trees and shrubs throughout the country within 5 years.

Within the framework of the recent summits of the Shanghai Cooperation Organization, the Organization of Turkic States and other events, many foreign leaders made a feasible contribution to this process, including the President of the European Council Charles Michel /Шарль Мишель/, planting a “tree of peoples’ friendship” in Tashkent in the park “Yangi Uzbekistan” (“New Uzbekistan”).

Uzbekistan is grateful to the European Union for its contribution to the UN Multi-Partner Trust Fund for the Aral Sea Region (5.2 million euros) and are interested in continuing mutually beneficial cooperation.

Today, 1.7 million hectares of forest plantations have been planted at the bottom of the Aral Sea.

We invite representatives of the European Union and neighboring countries to participate in the first Aral Sea International Forum under the UN auspices in Nukus in 2023.

As the President of Uzbekistan noted in his address, we propose to effectively use the opportunities of the European Union Program on Sustainable Energy Connectivity in Central Asia.

We consider it important to adopt a specific Action Plan following the EU-Central Asia Conference on Environment and Water in Rome in February 2023.

We are grateful for the European Union financial and technical assistance for 2021-2024 (83 million euros) for digital transformation, inclusive green growth and greener agricultural sector in Uzbekistan.

Given the large-scale transformations in Central Asia, we count on increasing the amount of funds under this program for 2025-2027 to implement projects in the region.

In conclusion, I want to note that our future is closely linked with the scale of cultural and humanitarian ties, scientific and educational programs, helping young people in Central Asia to gain new knowledge about Europe and the Western world, and European youth to learn more about our dynamically developing region.

We are sure that yesterday’s first European Union-Central Asia Youth Forum in Samarkand became a bright event in the life of our youth and will open new horizons in the sphere of connectivity.

I hope that the Samarkand Connectivity Conference will lay a solid foundation for the formation of a platform in the European Union-Central Asia format, where fruitful discussions will be held regularly and agreed approaches to strengthen regional connectivity will be developed.

I wish successful work to all forum participants!

Thank you for your attention. 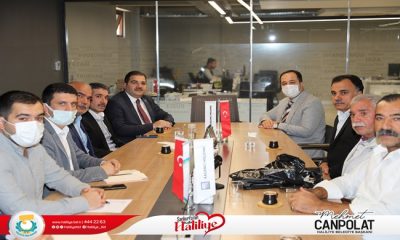 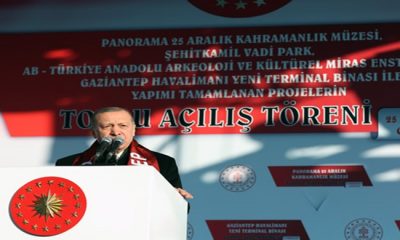 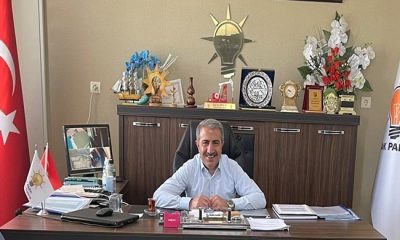 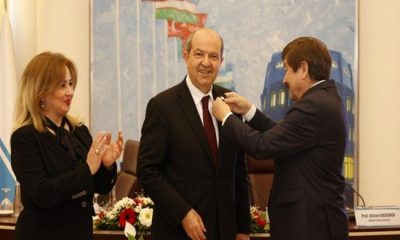 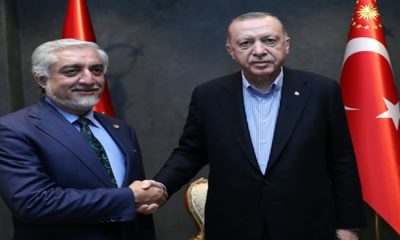 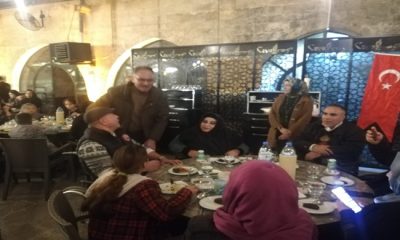 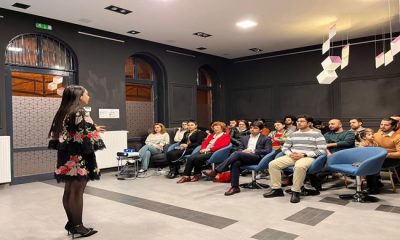 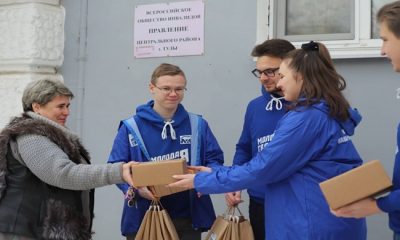 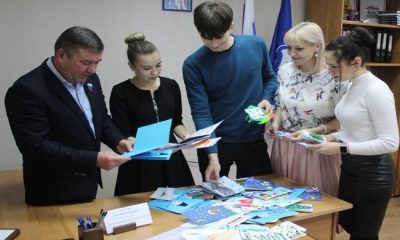 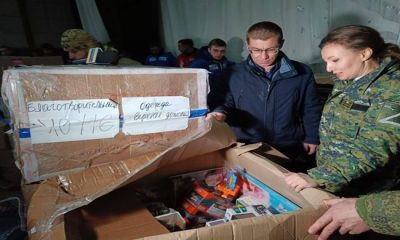 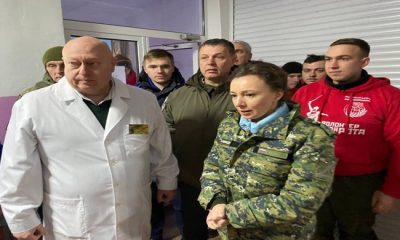 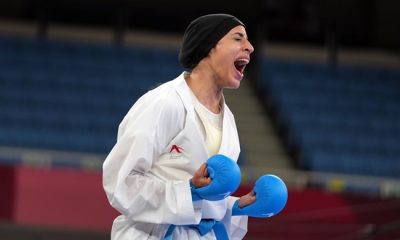