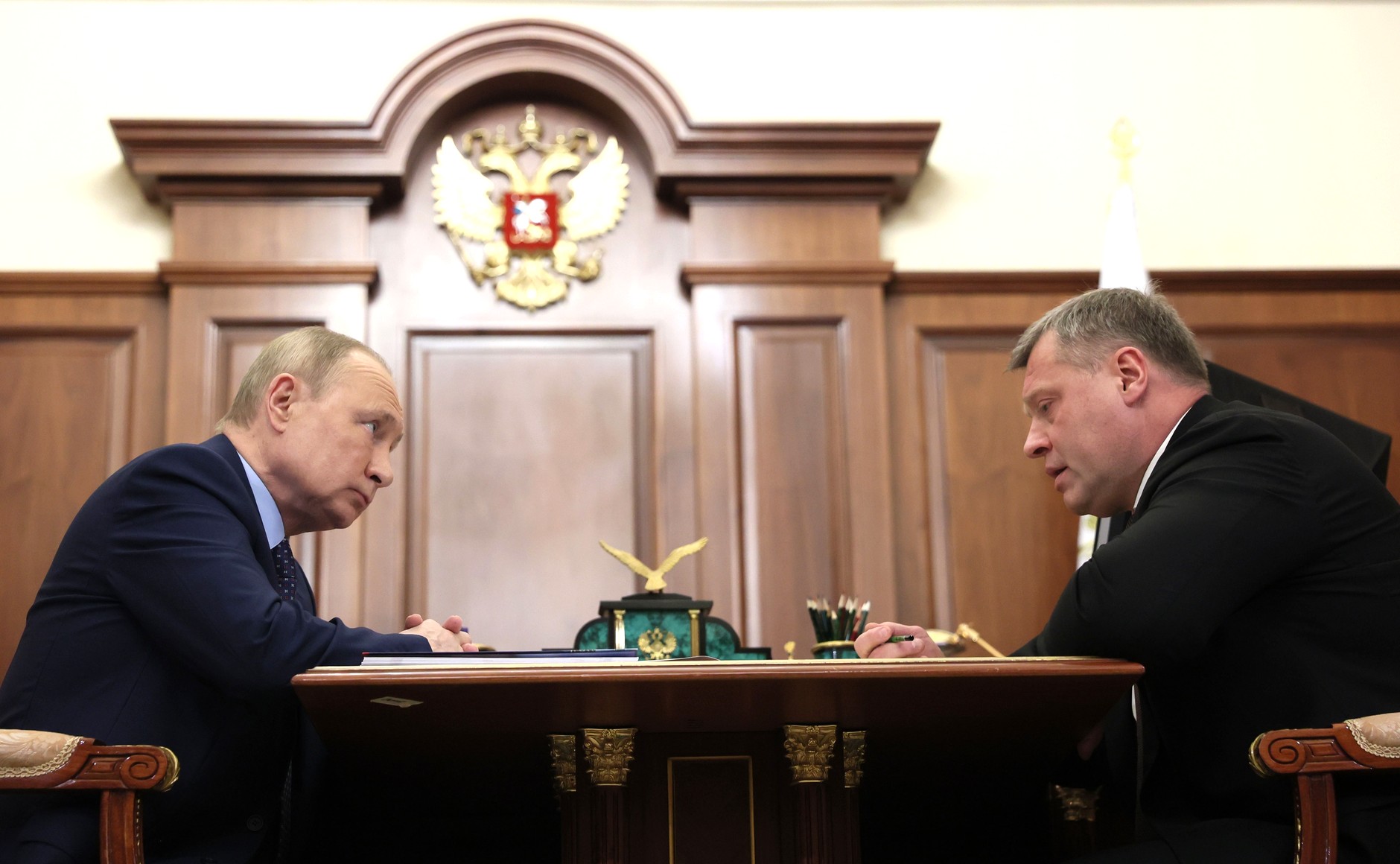 Vladimir Putin held a working meeting with Governor of the Astrakhan Region Igor Babushkin. The Governor informed the President about the socioeconomic situation in the region. The discussion focused, among other things, on the situation in the healthcare system and shipbuilding.

Igor Babushkin began his report with issues related to combatting COVID-19. At present, almost 100 percent of employees in the social sector, healthcare, culture, education, public catering and housing and utilities have been vaccinated. The authorities have organised home visits by medical workers to increase the level of vaccination among elderly people who are given the opportunity to get a jab at home.

According to the Governor, all medical facilities in the Astrakhan Region have the necessary personal protection gear, medications and oxygen.

QR-codes are required in the region for visits to shopping malls, cafés and restaurants, and for participating in cultural and mass events. However, they are not needed in public transport, pharmacies and grocery stores.

The Governor thanked the President particularly for his decision to use the military to build two fully equipped anti-COVID hospitals in the region. This allowed these two hospitals to treat coronavirus patients during the second wave of the pandemic, while regional hospitals provided only planned medical care to patients.

Despite the coronavirus restrictions, the Astrakhan Region continues its cooperation with its Caspian neighbours, noted Mr Babushkin. They are very interested in Caspian cruises to Astrakhan, Atyrau, Turkmenbashi and Baku.

In addition to cruises, Caspian countries, including, Kazakhstan, Azerbaijan and Turkmenistan are interested in placing orders at the Astrakhan Region’s shipyards. In this context, the Governor thanked Vladimir Putin for his help in stabilising the situation at the Krasnye Barrikady (Red Barricades) shipyard. Now it is working at full capacity. Its portfolio of orders is worth 9 billion rubles. The total portfolio of the Astrakhan Region’s shipbuilding companies amounts to 50 billion rubles, said the Governor.

Special attention is devoted to developing the International North-South Transport Corridor. Caspian states neighbouring on the Astrakhan Region are also interested in this. To develop this corridor, it is necessary to equip the port of Olya and to saturate it with freight traffic. For these purposes, a container terminal is being built at the port of Olya. The second task to be completed to organise full-value goods traffic has to do with deepening the Volga-Caspian Sea canal. Its depth should be increased to 4.5 metres, as stipulated by the canal’s certificate, the Governor noted.

While discussing the road sector, Igor Babushkin reported that the construction of Astrakhan’s eastern bypass motorway had resumed and also noted that the length of another bypass – northern – would be about 20 kilometres. The sector faces a number of problems, including rundown and dilapidated bridges: 160 out of the 313 local bridge structures are in a critical or pre-emergency condition, the Governor added.

The Governor also informed the President that the regional authorities intend to transfer a number of the Astrakhan Region’s strategic motorways under federal jurisdiction. They include a route for accessing the port of Olya, another road linking the region with the Karauzek checkpoint on the border with Kazakhstan and the Astrakhan-Volgograd route.

The President drew the Governor’s attention to the problem of dilapidated housing and inquired about the efforts to relocate residents of these houses. The relocation programme, which was formulated before January 1, 2017, and includes 38,000 square metres of housing, is being implemented ahead of schedule, the Governor noted. There are plans to complete the programme by late 2022, he added. In 2019, authorities recorded an additional 698 buildings with an area of 250,000 square metres whose residents should also be relocated. The buildings will be listed in a new programme for relocating residents of dilapidated housing. Vladimir Putin noted once again that it was necessary to prioritise this aspect.

In conclusion of the working meeting, the Governor asked the President, on behalf of Astrakhan veterans, to award Astrakhan the title of City of Labour Valour, so as to perpetuate the memory of home front workers’ heroic feat during the Great Patriotic War. Vladimir Putin supported this initiative. 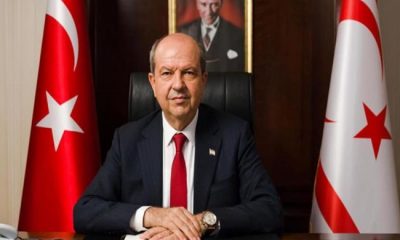 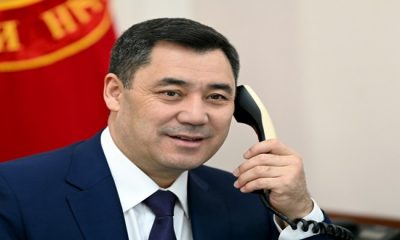 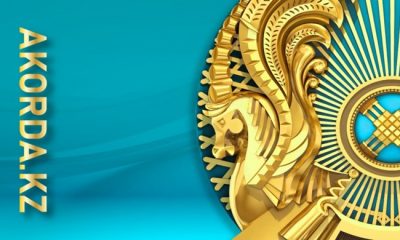 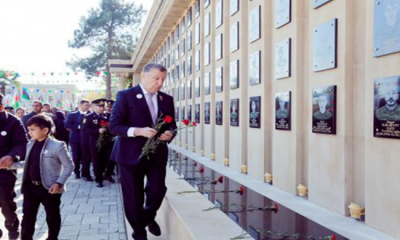 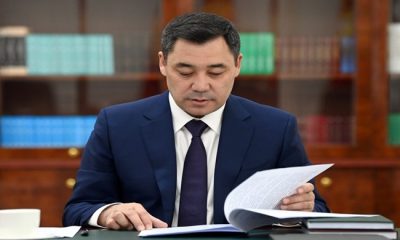 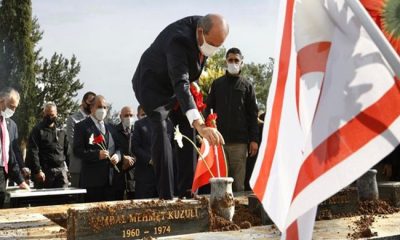 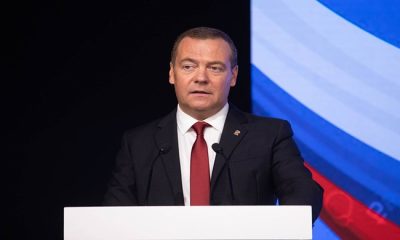 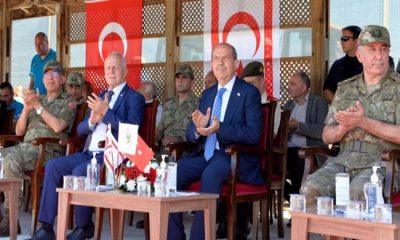 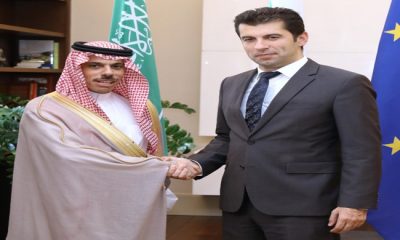 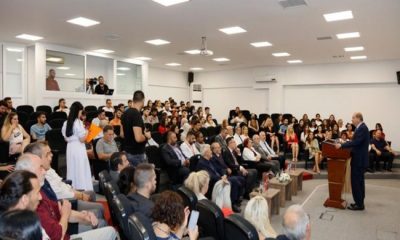 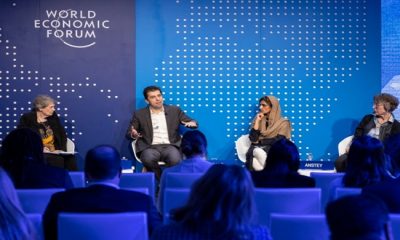 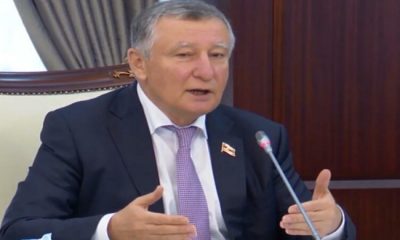 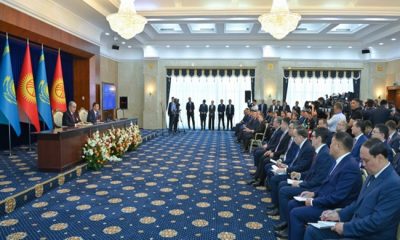